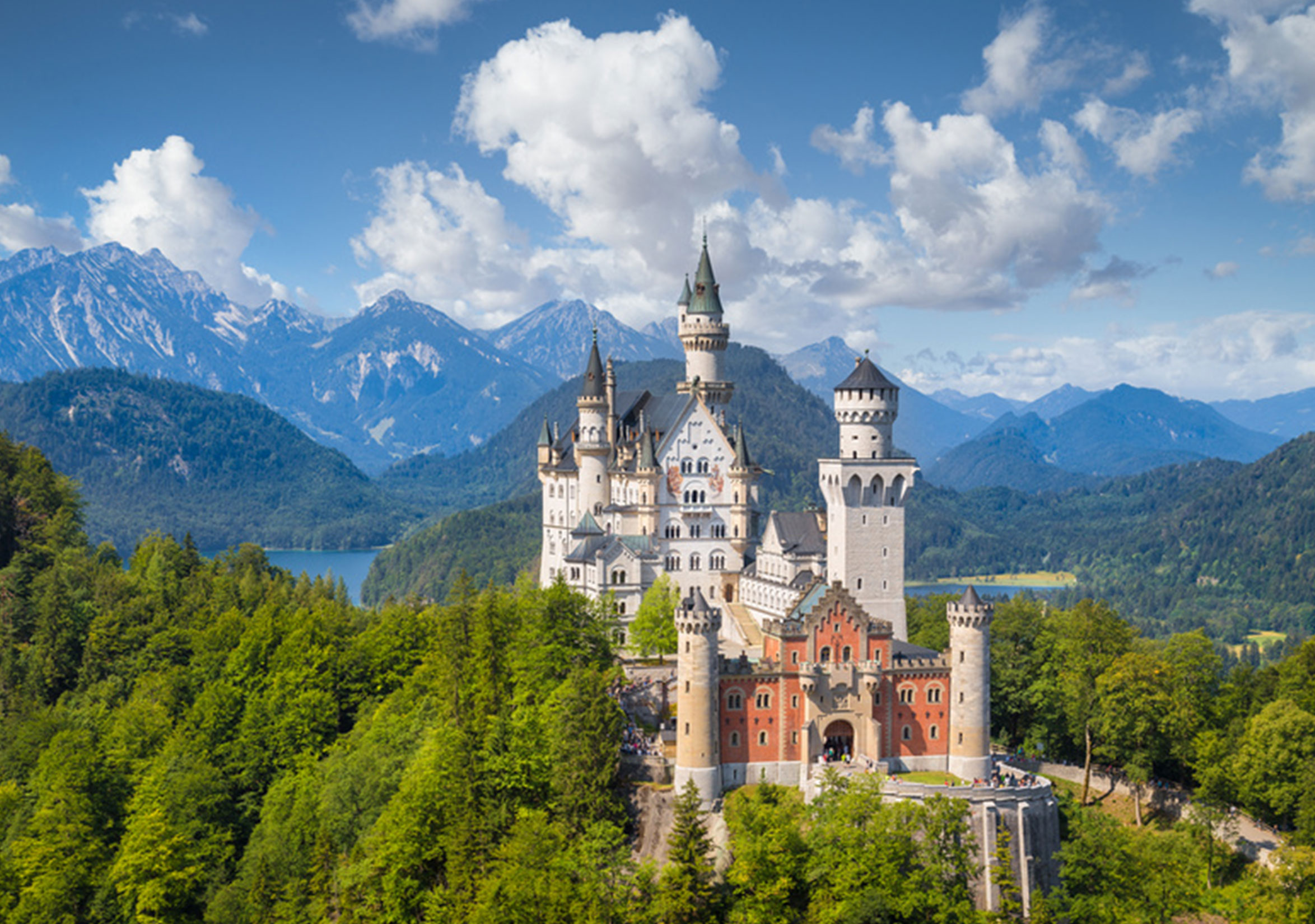 With his impressive structures, King Ludwig II of Bavaria created romantic fairy-tale worlds that are still enchanting today. The castles tour begins to the west with Schloss Neuschwanstein and ends in the east at Schloss Herrenchiemsee.

Battlements, rooftops, turrets, 228 rooms, 380 doors, around 600 windows, and even an artificial stalactite cavern: Neuschwanstein is the most famous of his castles and one of the most well-known tourist attractions in Germany.

After 17 years of construction, the fairy-tale king wanted to live there alone and look out over his kingdom. In the end however, it was only 172 days. He died before completion of the structure in June 1886.

Visit the castles Neuschwanstein and Hohenschwangau. Schloss Neuschwanstein is among the most often visited castles in Europe. Since the year 1886, this castle has been open to the public.

From Neuschwanstein, one can look over and see Schloss Hohenschwangau. Their close proximity to one another makes a visit to both castles an ideal opportunity for a lovely day trip. 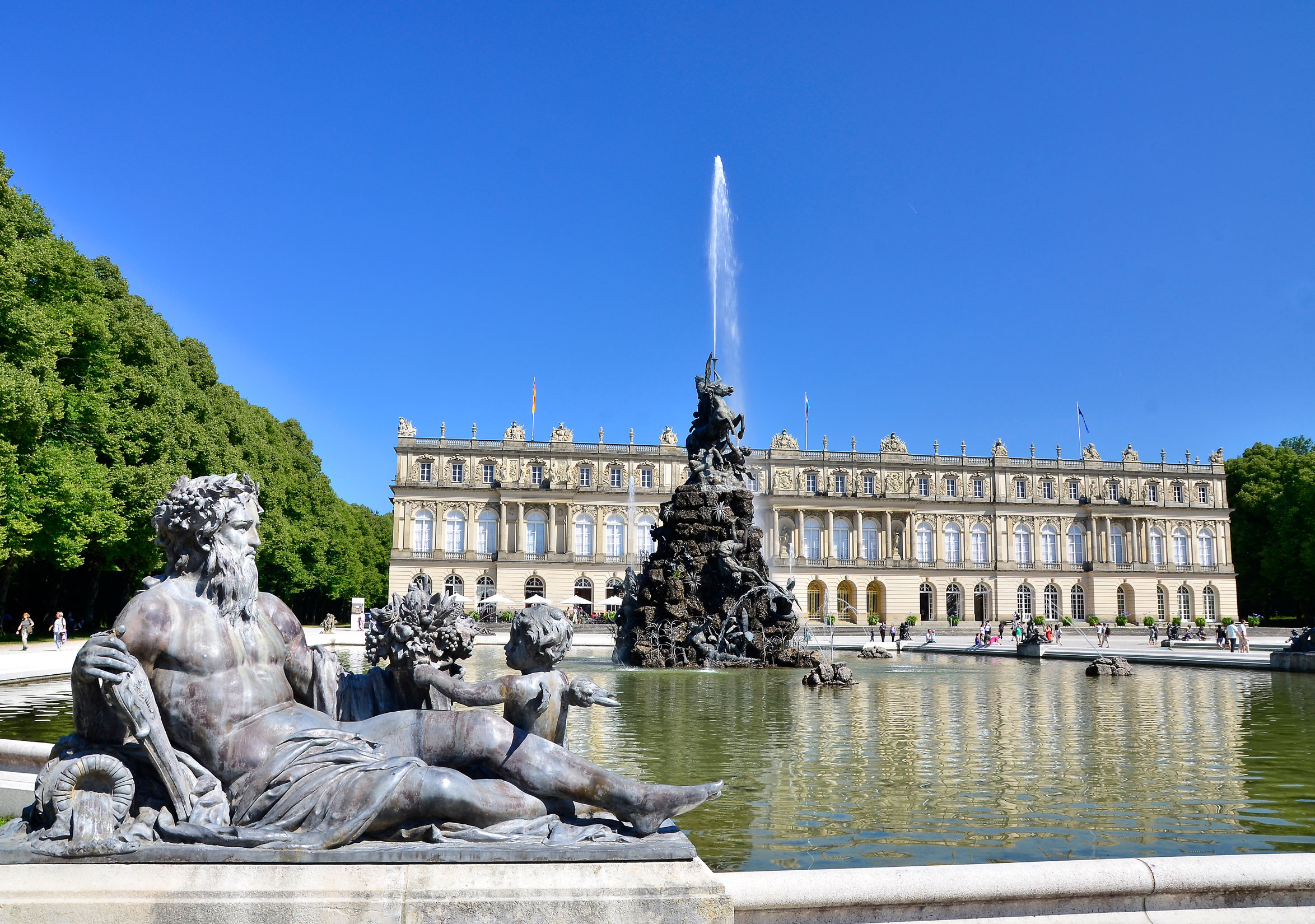 Take a trip to the Chiemsee and visit Schloss Herrenchiemsee.

This castle is open daily starting at 9:40 a.m. and continually hosts some very interesting exhibitions. As a side note, Herrenchiemsee was the castle in which König Ludwig II spent most of his life.

Schloss Linderhof tops off your castle tour. Linderhof is the smallest of the three castles of König Ludwig II and the only one to have been completed during his lifetime. Linderhof is considered to be the „Märchenkönigs“ (fairy-tale king’s) favorite castle. This is where he spent the most time by a considerable margin.

Combine your visit to this castle with a little hike through the beautiful Ettal district.